If you are reading this blog, there is a very good chance that you are one of many expats living and making a living in Barcelona.  Many foreigners who work in Barcelona send some money to their home country on a regular basis but unfortunately the costs involved with using your bank or even money sending services such as Moneygram or Western Union almost don´t make it worth sending money, as the fees are so high.  Whether you are just sending money to your family or paying off a mortgage in foreign currency, you lose a lot of your hard earned cash due to unnecessary fees. 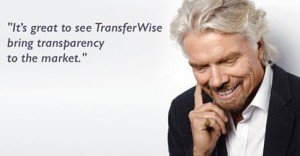 We recently needed to send some money overseas and were pleasantly surprised to come across a service called Transferwise.  The service was started in 2011 by two Estonian friends living in London who felt the frustration of having to send money back home and pay really high fees to do so. This lead to them starting Transferwise which essentially is a peer-to-peer money transfer service which is now backed by Sir Richard Branson!

By clicking on the link below and registering you can start enjoying these savings immediately and your first transfer is completely free!

How does it work?

Essentially the process is the same as any other way of transferring money:  you choose a recipient, the currency and the amount. The money is transferred, the transferring money charges their fee and the recipient receives their money in the chosen currency. The difference is how payment is routed. 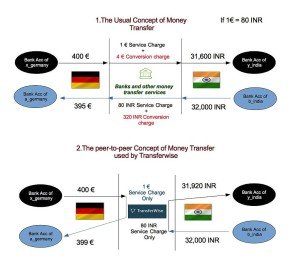 What are the fees?

On smaller amounts, Transferwise charges a nominal flat fee and after a threshold it´s a percentage instead.

If you send money to their “Tier 2” pricing plan which includes currencies such as RON and TYR, the percentage fee is 1%

When you browse on this site, cookies and other technologies collect data to enhance your experience. Visit our Privacy Policy (updated 25/05/18) to learn more, and make choices about the data used by us and our partners on the site. By clicking "Accept" or by continuing to use the site, you agree to this use of cookies and data Accept
Go to Top