Generally speaking, Barcelona is a pretty safe place to live.  Of course, as with any other major city, there are areas that you might want to avoid just to be safe.  It goes without saying that one always needs to stay alert of his/her belongings, and to use some good old common sense when it comes to being out and about in the city.

As most people know, Barcelona has become infamous for its pick-pockets and other scam artists who make a living out of stealing from the unawares and out of those who appear as obvious tourists who don’t know the city well.  The crimes are mostly non-violent however, but it’s always good to know what to look out for : 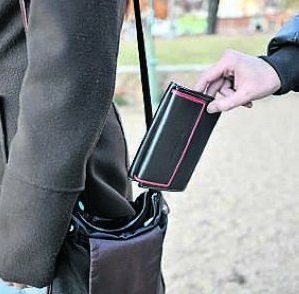 Los Carteristas (pick-pockets): The most general place where people often get something stolen from their coat/handbag/backpack, is on the Metro, where hundreds of people come and go every minute and where you probably wouldn’t even realized you’ve been robbed until its too late!  Make sure that you firmly keep your hand on your wallet or handbag, and especially your mobile phone.  Most of all, stay alert and aware of any suspicious characters – especially when you’ve been out for a few drinks in the evening, as this is when the pick-pockets strike most frequently. 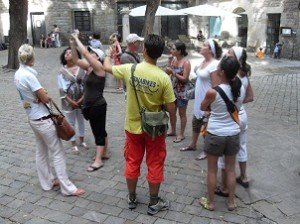 The Tourist: Another scam that is often used, is where a thief will pose as a tourist and join a tour group, with sunglasses, map and camera.  By joining the walking tour, he will easily be able to steal from a whole group of people who are constantly being distracted by the tour that is being given!  If you already live in Barcelona, this might not be applicable to you, but remember to warn visiting friends or family!

The “Lost” Tourist:  While sitting on a street café enjoying your sangria or cerveza, always make sure that you don’t have anything of value lying on the table!  Someone will approach your table, place a map on the table and ask you for directions, after which they will retrieve their map, AND your wallet or brand new iPhone, without you realizing.

Postcards:  Similar to the previously mentioned trick, this one involves a person selling postcards “accidentally” dropping a bunch of postcards on your table, and while trying to retrieve it they will reach for whatever else they can take from you.

The Stain Remover:  Someone will “accidentally” spill a ketchup-like liquid or some other type of mess on your clothes and offer to clean it, while they or their accomplice proceed to rob you.

The Rose:  A man will approach you and your girlfriend, offering a rose.  He will then try to charge you an extortionate price for it and make you feel bad if you don´t pay. This scam is also popular in Rome and Paris.

Friendship Bracelet:  Someone will approach you and offer you a bracelet of friendship. Regardless of what you say, they will insist on making the bracelet on your arm and they try to charge you for it.  This scam can also be used to distract you while they still your belongings.

The wallet:  Sants train station is extremely busy, as is Plaza Catalunya (train and metro).  When travelling between these two stations be extra vigilant. If you see an empty wallet lying on the ground, ignore it.  Your first instinct would be to check your own wallet, while a pickpocket watches you closely to see where you keep your wallet.  Later on he will know exactly where to pickpocket you.

Cashier on the phone:  A cashier will pretend to be talking on their phone.  What´s actually happening is that they are secretly taking a photo of your credit card so they can clone it later on.

The Football Dancer:  Usually this one happens during the busy nightlife and is used on people who appear inebriated.  A group of men will approach you and request that you teach them the dance of a famous football player, and without waiting for your reply they will lift you off the ground and empty your pockets.

There are always new tricks and scams being thought up, so if a stranger appears too friendly or gets too close to you – be on alert! 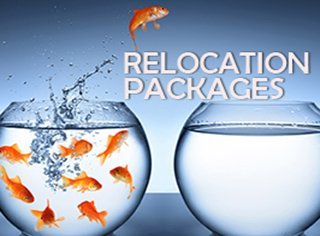 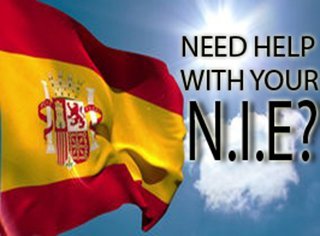