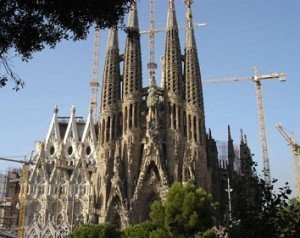 For most people, the first thing that comes to mind when hearing “Barcelona”, is Gaudi and all his famous works that abound the city. Probably the most iconic being Sagrada Familia! Being in construction since 1882, this magnificent temple is the number one most visited attraction in Barcelona and receives around 2 000 000 visitors per year. Upon entering, you will find a museum inside where you can find all the information about the development and the history of this building as well as interesting information about Gaudi himself. You can also see a model of the building depicting what it might look like once it´s actually finished (sometime in the next 30 years). 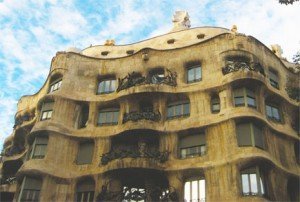 The second most visited museum (also thanks to Gaudi), is La Pedrera. It was built between 1905 and 1910, and due to its design, was very controversial at the time. The building is part of the UNESCO World Heritage Site “Works of Antoni Gaudi”. The building was in poor condition in the early 1980s. Being painted a dull brown color, and many of its interior color schemes abandoned or allowed to deteriorate, it has subsequently though been restored, and original colors revived. 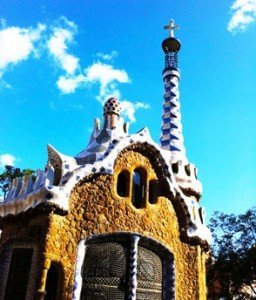 Another very famous and popular museum that was built by Gaudi in the early 1900´s is Parc Guell. Situated on the hill of El Carmel in the Gracia District, it is a garden complex with architectural elements. At the top of Güell park is a terraced area where you get a wonderful view of the park and of Barcelona City. Here you will find multi-coloured tiled mosaics as shown in this picture. The vibrant colours of the tiles are truly something else. Park Guell also has a small house in the park, in which Gaudi lived at one stage. The house is now a museum that contains furniture that Gaudi also designed. 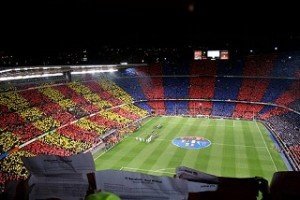 For sports enthusiasts moving to Barcelona, their first stop will probably be the Museu de Futbol Club de Barcelona, also famously known as Camp Nou. It is the fourth most visited the museum in Barcelona. It has sporting paraphernalia from the club dating back more than one hundred years.
You can choose between two different types of access:

– One will give you access to the museum and the pitch. – The second type will get you a guided tour of the changing rooms, as well as the press rooms, VIP lounge, and will actually allow you to see the pitch at ground level. You will also get the opportunity to sit on the players benches and experience what it is like to sit in the best seats of this famous stadium. 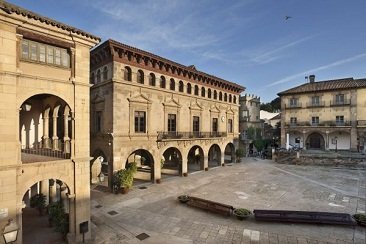 Another must-see in Barcelona is Poble Espanyol. It is an open-air architectural museum and is situated on the mountain of Montjuic. (Nearest metro Plaza Espana). Built in 1929, it was constructed for the Barcelona International Exhibition, that was held in Barcelona that year. The idea for the museum was to build a town in which the architecture, style, and culture of various locations from around Spain were preserved in a single place. The aim was to create an ideal model of a Spanish village.

The architects that designed the town were Francesc Folguera and Ramon Reventós. In total, the town was built in 13 months, and although it was only needed for 6, for the exhibition, it was not demolished and was kept open as a museum. During the day, one can see artisans hard at work, creating objects typical to the different regions on Spain.

During the night time, you can visit small bars and restaurants, where live music is often played.
Poble Espanyol is also home to the very famous La Terrassa: an open-air nightclub that is open during the summer months

justland2020-08-12T20:22:51+02:00
Page load link
Manage Cookie Consent
To provide the best experiences, we use technologies like cookies to store and/or access device information. Consenting to these technologies will allow us to process data such as browsing behavior or unique IDs on this site. Not consenting or withdrawing consent, may adversely affect certain features and functions.
Manage options Manage services Manage vendors Read more about these purposes
View preferences
{title} {title} {title}
Go to Top