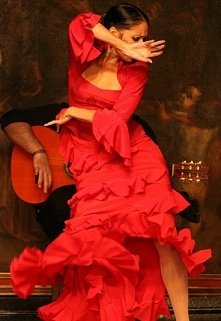 Even though Flamenco originated from the South of Spain, it is still very popular in many parts of Catalonia, and in a heavily touristic such as Barcelona, there are quite a few options when it comes to seeing Flamenco shows.

Most of them are performed by natives from Alicante, Seville, Granada and other cities from the southern part of Spain. In most instances, the show will be a combination of food and drink (typically paella and sangria), while enjoying the performance. However you would normally have the option of only seeing the show, which ends up costing significantly less. Prices usually start from as little as 10 Euros, and can go up to 45 Euros, depending on the option. Either way, if you are new to Spain, this is definitely one of the things you need to see!

For any other form of live entertainment, there are loads of other options to suite every taste.

For example, the famous “Cirque do Soleil” often makes a turn in Barcelona, and will do so again in 2014. This famous Canadian entertainment company, self-described as a “dramatic mix of circus arts and street entertainment has stunned audiences around the world with their popular show. Each show is a mix of circus styles from around the world, with its own central theme and storyline

Aquarella (Gran Via Corts Catalanes 570) offers a dinner and intriguing musical show, in an elegant welcoming atmosphere. They are constantly coming up with new shows that promises an evening of fun and entertainment. Make sure you arrive about 20 minutes before the session. You can contact them on 934 527 374 or see their program here

Usually, big concerts by international artists are hosted at one of the two following venues : 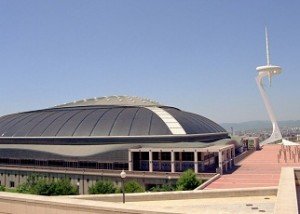 Palau Sant Jordi is the Olympic sports palace built in 1992, and became a symbol of the city. It is a multipurpose site that was built using advanced technologies, of which the capacity is between 13,000 to 17,000 people besides the games and tournaments that are taking place in it, there are also big rock/pop concerts, shows from abroad and large scale musical shows. In the website there is info on the planned shows for the next months.

How to get there :

Take the Metro to Plaza Espanya. Its about 15 minute walk, although up-hill, so a taxi could be a good idea.

Upcoming Events:  See the press and your favorite search engine for upcoming events! 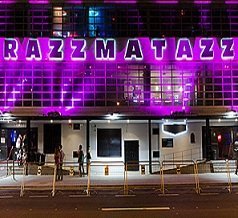 A five big halls complex reside under one roof, in which different musical shows, dance shows and famous DJ’s shows are taking place. Also in this giant complex there are night clubs, pop bars and more alike. The place is being considered as the hottest place for live shows of top band and starts. The shows and dances last into the night and in many cases the celebration lasts after the sun rise.

justland2020-08-12T20:18:17+02:00
Page load link
Manage Cookie Consent
To provide the best experiences, we use technologies like cookies to store and/or access device information. Consenting to these technologies will allow us to process data such as browsing behavior or unique IDs on this site. Not consenting or withdrawing consent, may adversely affect certain features and functions.
Manage options Manage services Manage vendors Read more about these purposes
View preferences
{title} {title} {title}
Go to Top