The traditional tapas have formed a big part of Spanish culture. And inevitably they become big part of the culture of any new expat moving to Barcelona or even of the tourists. Everyone wants to try them, and everyone loves them. After living in Barcelona for a couple of years,  you will notice how all of the visitors that you have over the years will almost immediately ask : “And what about the tapas? Where is the best place to try some?”

There is something special about the tapas, we can even say that they are more than a food.  In a way, they became a very important part of the culinary culture. Having a nice conversation on a nice summer terrace over a caña o clara without tapas is just not the same. Part of the magic is lost without the tapas.

So which are the famous tapas you should try? 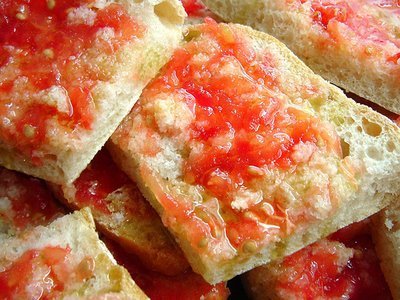 Pan con tomate: There is virtually no restaurant where they don’t offer “pan con tomate”, or in Catalan “Pa ambTomaquet This is something new for most foreigners coming to Spain, but we promise it is something everyone likes and gets used to very fast. After you have tried it the first time, you will most probably wonder how you didn´t think of this earlier? It is simply bread, smeared with tomato and some olive oil – sometimes served on toasted bread. 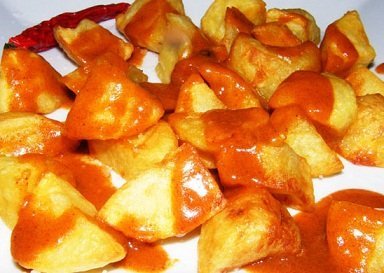 Patatas Bravas : Another popular tapas dish which could be found almost in every restaurant. In a way it´s almost similar to French fries in the United States in terms of popularity.  Patatas bravas are usually prepared with very spicy sauce – I personally have found them to range from very spicy, to sometimes not spicy at all. It really depends on the restaurant and the chef. But the typical ones have to be spicy – the sauce is prepared from paprika, mayonnaise, hot pepper sauce and a couple of more spices. 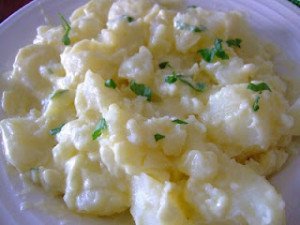 Patatas Alioli: The Alioli patatoes are similar to the patatas bravas but made especially for the garlic lovers. The potatoes are fried and then spiced with mayonnaise-sauce with garlic. The dish is served cold and is very popular during the hot summer months, when you can enjoy them with an ice-cold beer.  They are usually also among the cheaper tapas in most of the bars and restaurant, and are usually served with toothpicks. 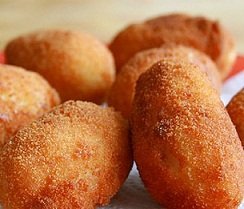 Croquetas: The bars usually offer various types of croquettes. The most common ones are with ham “jamon”  or chicken meat. They are cooked by frying and are made of flour, milk, eggs, the meat and some spices. If you are vegetarian and have some luck, you might find a mushroom croquette in some bars or restaurants.  This tasty tapa is equally delicious served cold, or piping hot straight from the fryer.  Because of their popularity, they are also available as pre-frozen from supermarkets, ready for you to cook at home! 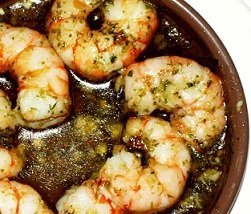 Gambas al Ajillo: (Garlic Shrimp) Typically from the Southern and central parts of spain, this is another dish where the main spices are garlic and olive oil. It is usually served as a tapa, but on occasion also as an entrée. They usually add paprika, some fresh parsley, a liitle bit of brandy/cognac, and some lemon juice. Of course you can find different variations depending on the restaurant and the taste of the chef.  Beware though that they will leave you very thirsty, so make sure you order some sangria or beer along with your gambas! 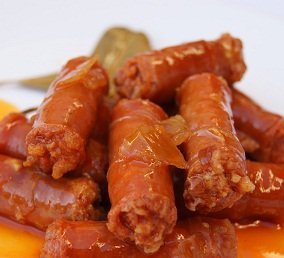 Chistorra: The chistorra is a sausage made of minced pork or a mixture of minced pork and beef meat. It is flavoured with salt, paprika and garlic. Usually served in small chopped pieces and tasted best when it is either fried or grilled. Goes perfectly with some pan con tomate and a cold nice caña. The chistorra is also commonly used as a part of different dished not only as a tapa. On occasion it is mixed together with patatas bravas.  On the picture to the right however, it is prepared with red sherry, a traditional Andalucian recipe. 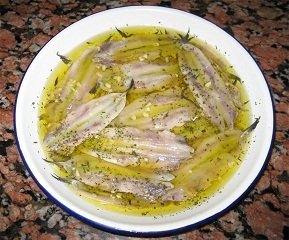 Boquerones en vinagre: In English :“Anchovies in vinegar”. From the name you can easily imagine what to expect. They are prepared by being submerged in advance in water with salt and then in vinegar for a few hours in a cool place.  After this they are seasoned with olive oil and spices like garlic and parsley.

Check back soon for our next article on where to find some great (and less touristic) places to enjoy some tapas!

justland2020-08-12T16:58:59+02:00
Page load link
Manage Cookie Consent
To provide the best experiences, we use technologies like cookies to store and/or access device information. Consenting to these technologies will allow us to process data such as browsing behavior or unique IDs on this site. Not consenting or withdrawing consent, may adversely affect certain features and functions.
Manage options Manage services Manage vendors Read more about these purposes
View preferences
{title} {title} {title}
Go to Top