Skip to content
WEEKEND TRIP TO FRANCE FROM BARCELONA

WEEKEND TRIP TO FRANCE FROM BARCELONA

As you might have already guessed we used some of the Christmas holidays to do some travelling to nearby destinations. After the one day trip to Montserrat we decided that we would like to go further to the north and closer to the border with France. We have noticed that most people always try to go travelling as far as possible, while there are so many interesting  things to be seen only in a couple of hours drive from Barcelona.

Out trip stops included: Girona, Besalú, Figueres, Perpignan, Narbonne  and the highlight was definitely Carcassonne. We had 2 nights booked in hotels – one in Figueres and one in Carcassone and the timing worked quite well if you leave Barcelona early in the morning. Though our advice is to spend 2 nights in Carcassone if possible. 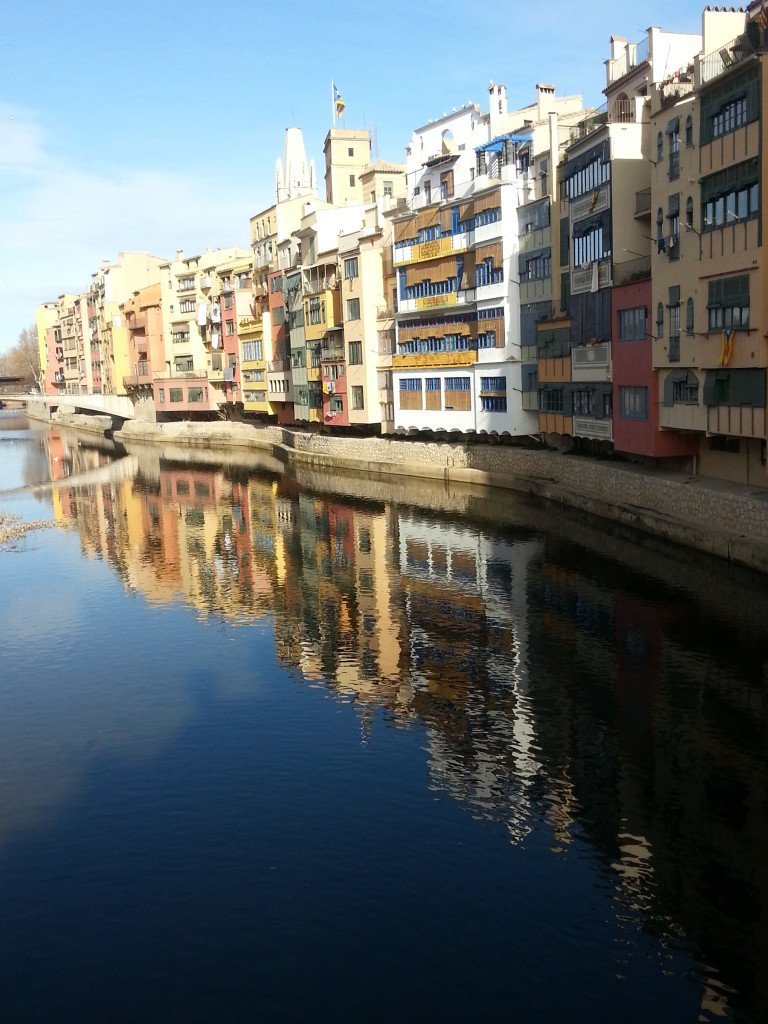 Girona: We have already mentioned Girona on some of our articles. We will repeat once again – definitely a must see in Catalonia. In my opinion the best time to visit it is during the Flower Festival (sometime in May every year), but even if you go now – you won´t regret it. It has its charm during all seasons. A must-see is The Call (the Jewish quarter), the Cathedral and a walk along Girona´s Medieval walls – Passeig de la Muralla.

Besalú: To be honest we found out about Besalú by “googling” what there is to see in the north of Catalonia. Never heard about it before and it is a shame, because it is a really beautiful old village. 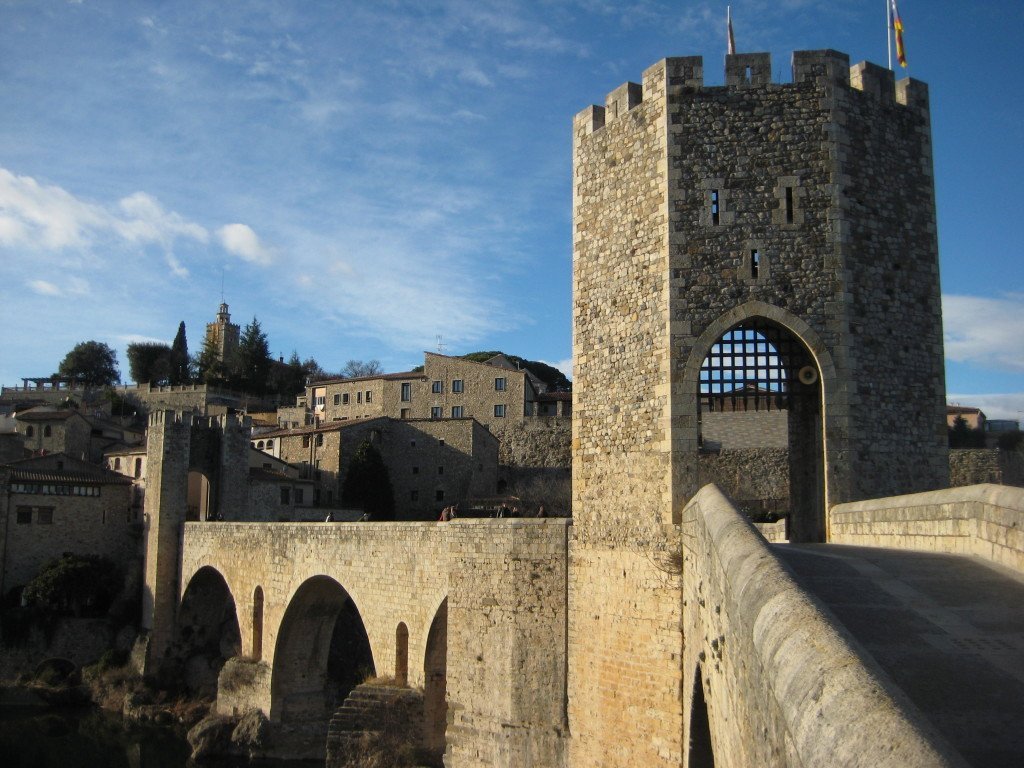 It is located only 30 km to the north from Girona. Highlights there are definitely the Romanesque bridge over the Fluvia river (built in the 12th century), the churches of Sant Vicenç, Sant Pere (build in 1003) and Santa Maria, Casa Cornellà and Miqvé et Synagogue Juvie. With good time planning you can manage to see most of these historical sites.

Figueres: Figueres is quite a famous name in Catalonia – mostly associated with the Dali Museum. It was our 2nd time there so we were sort of familiar with the places to go and things to do. Though this time we were there on the 5th January – so we coincidentally were there on the eve of Three Kings Day, which involved parades with giant paper maché dolls, fireworks, live music and dressed up characters throwing candy to the children from their floats – definitely a bonus to the Figueres experience. If you haven´t seen the museum there you definitely should – even if you have no idea of art. We recommend a dinner in Txot cidreria.  They offer a big variety of Basque tapas and ciders and are located 3 minute walk from the main plaza.

Route: There are of course 2 ways to get to the different destinations – one is using the highway, the other is using the villages through routes. It is a personal choice. We decided it is worth it to take the village through route on the way to France as it gives you a chance to see more of the country-side.

Price: The rental car, the gas, hotels and tolls are around 200-300 Euros for two people- depending on the price of the car and the hotel prices.

So, early on the second day we left Figueres and continued to the north. 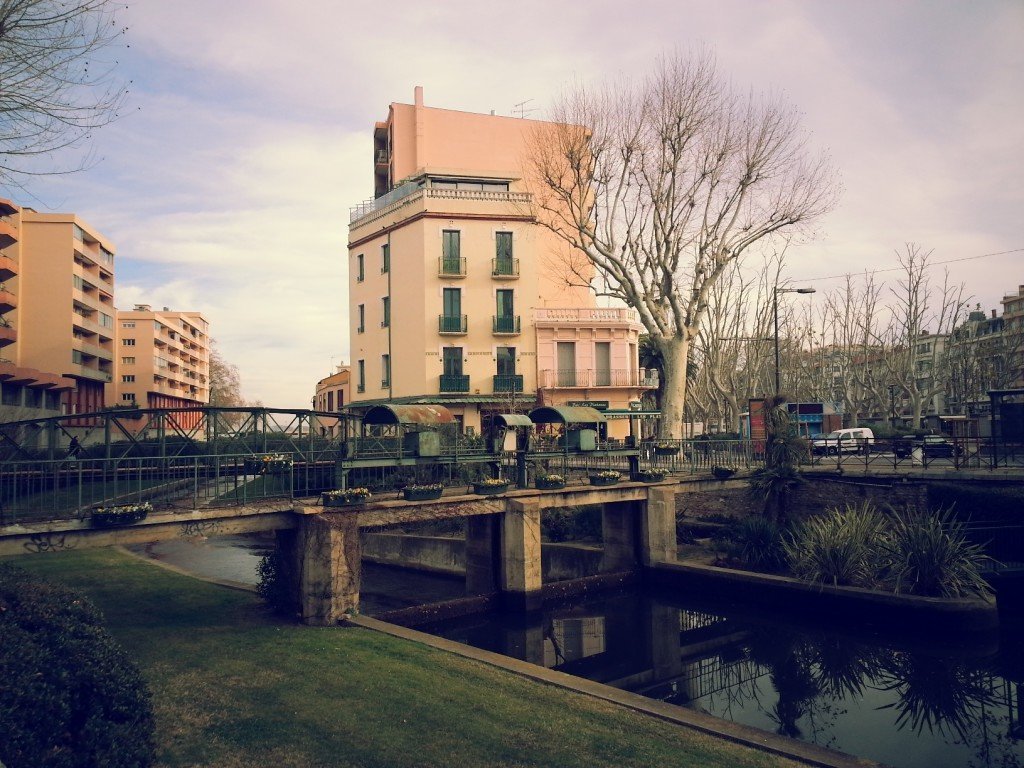 Perpignan: Perpignan was the first city that we visited in France. Our idea was just to quickly have a walk and continue the route. The weather that morning was quite cold so we didn`t walk around a lot, but if you are luckier with the weather there are several things to be seen – the Cathedral of St. John the Baptist (Basilique-Cathédrale de Saint-Jean-Baptiste de Perpignan), the Palace of the Kings of Majorca, and if you are a museum person or if you are interested in aviation you can visit the Aviation Museum (Musée de l’aviation). If you don’t have the time you can just take a walk in the center part of the city and along the river Bassa. 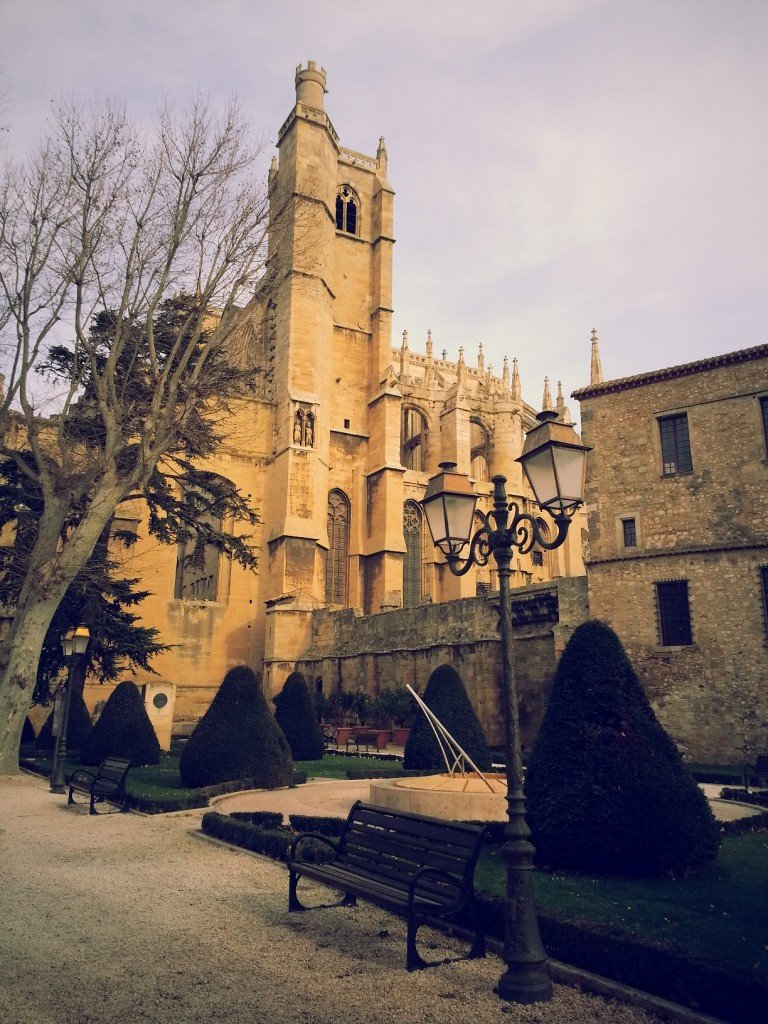 Narbonne: Narbonne is located north of Perpignan and it is on the way to Carcassone so a stop there is definitely worth it. The main attraction there is the Narbonne Cathedral (Cathédrale Saint-Just-et-Saint-Pasteur de Narbonne). Another sight worth seeing is the Canal de la Robine and more specifically the Merchants Bridge across it – which is one of the few covered bridges in France. Once you leave Narbonne en route to Carcassonne, you will drive through a few small villages that have wine cellars. We stopped at one of them out of curiosity, and if you´re a wine lover this is definitely worth your time as each cellar has its own unique character and isn’t as commercialized as most cellars in the northern parts of France.

Carcassonne: For us the highlight of the trip was definitely Carcassonne. The main attraction there is the medieval citadel “La Cité”. Statistics show that it is the second most visited attraction in France after the Eiffel tower, which comes as no surprise. The citadel is breathtaking and you should definitely leave as much time as possible to take a tour as it is quite huge and a couple of hours are definitely not enough. It is famous for its 3 kilometer long double surrounding walls and more than 50 towers. Once entering in the citadel you get this feeling of being back in time, mixed with a fairy tale feeling. Inside there are many restaurants and shops and there are actually people still living there. If you want to learn more about the history you should definitely enter the Château Comtal – there is an entrance fee for it – but it definitely worth it.  The newer part of the city also deserves some attention – the city center has small streets and squares, several shops, coffee shops and restaurants. We would definitely advise you to leave at least one full day for Carcassonne – you won’t regret it!

justland2020-08-12T20:24:26+02:00
Page load link
Manage Cookie Consent
To provide the best experiences, we use technologies like cookies to store and/or access device information. Consenting to these technologies will allow us to process data such as browsing behavior or unique IDs on this site. Not consenting or withdrawing consent, may adversely affect certain features and functions.
Manage options Manage services Manage vendors Read more about these purposes
View preferences
{title} {title} {title}
Go to Top